Dementia: The signs & how to delay it

1 in 5 people over the age of 80 in the United Kingdom have dementia. This number is expected to more than double to 1.6 million by the year 2040. 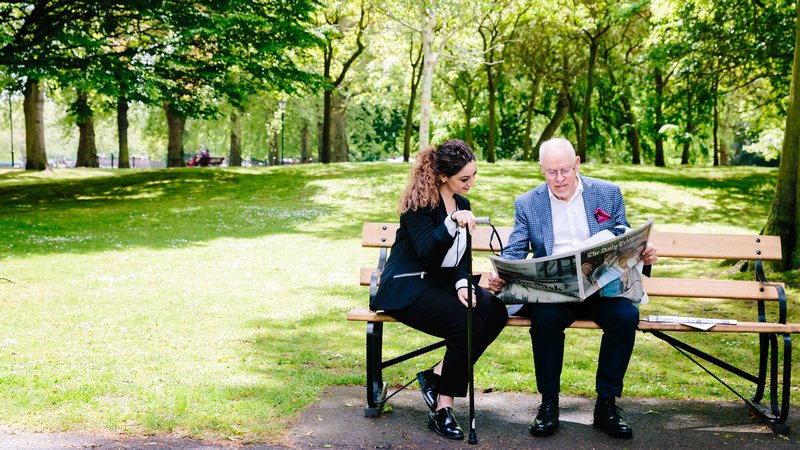 Dementia is a very complex disease and the way it manifests itself differs from person to person. Guardian Carers spoke to Dr Catrin Bevan, General Practitioner at The London General Practice with over 30 years of experience, to uncover more about the causes and risks of dementia, how it is diagnosed and how to manage it.

Some of the symptoms which could ring the alarm for dementia are anxiety, depression, short-term memory loss or aggression. Dementia can either progress slowly or fast. “Each person is different'' says Dr Bevan. She lists some of the factors which contribute to people getting dementia:

People normally get dementia in their 70s or 80s. However, Dr Bevan warns that there is a rare genetic cause, where people can get it much earlier - in their 40s or 50s. “They have inherited a gene that has run down through the family, which has made them more susceptible to getting early onset dementia.” Genetic dementia is “very rare and unusual”. Dr Bevan says that “some doctors may never see a case in their life.”

If someone suspected they had dementia, they would have to see either a dementia specialist or a neurologist. But in the first instance, Dr Bevan says that other tests need to be made before reaching a conclusion. “We would run blood tests, make sure they’re not anemic, check their thyroid, their iron status” and then have a CT scan. At this stage they would advise them to “see a specialist because the CT scan has to be looked over by a neuroradiologist” in order for the person to be diagnosed as having dementia.

The result could be one of two. Dr Bevan explains that it may either be a type of Alzheimer’s, which could potentially be treated or it could be vascular dementia, for which there is no treatment, apart from making sure the blood pressure is controlled and the cholesterol is lowered. She mentions that in the case of Alzheimer’s, if the patient has not received any prior treatment, they could go to “a centre where they could be put into a trial”, where they would be given new medications to help treat the disease. 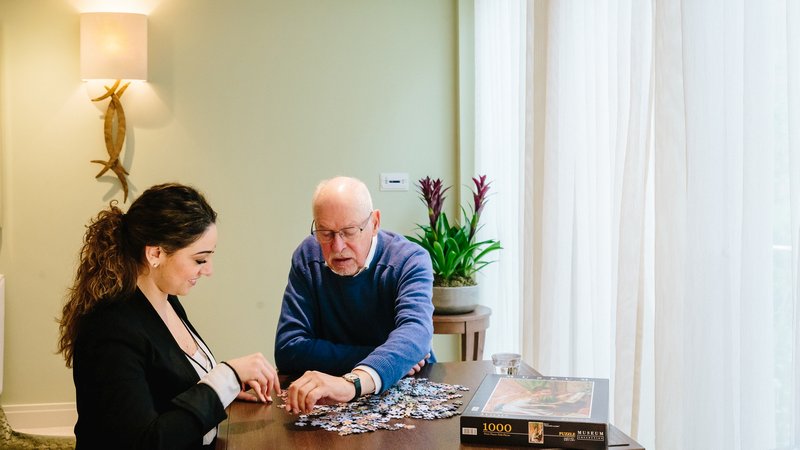 “Nowadays, we don’t just ignore dementia”, says Dr Bevan. If somebody comes into the practice and says “I think I have dementia” or “I think I’m getting dementia because my short-term memory is bad”, it may just be the case that the person is 80 and has short-term memory loss. It does not necessarily mean that they are 80 with dementia, explains Dr Bevan. “But because 1 in 5 80-year-olds have dementia or will get dementia, you have to be open to thinking ‘Has this person got dementia?’ and ‘Is it the type of dementia that we could treat?’”

Dementia can manifest itself in many ways and each individual case is different. Some people may experience memory loss or anxiety, while some may not want to go anywhere or want the people around to leave them. Dr Bevan further explains that “their long-term memory is very good, but their short-term memory is very bad. If you see them for lunch, they may not remember what they had for breakfast, but they will remember which house they lived in 50 years ago.”

As people get older, they are more likely to get dementia. Dementia progresses with age. Over time, people “get inertia, they don’t want to do anything - they become less and less active. They lose their drive to do things and their world becomes smaller.” Some people who have dementia may be aggressive or psychotic, while some may simply be anxious or have short-term memory loss. When someone loses their short-term memory “they can’t find their keys or their phone, then they get anxious because they can’t find [what they’re looking for]. So it is a perpetual, vicious circle that gets worse and worse” she explains.

Dr Bevan says that the worst dementia scenario can be when people reach a place of inactivity - they lie in bed, they don’t move and don’t talk. She says that “some seniors may feel like they want to die. They will stop eating and they will lose their will to live.”

“People slip into dementia and they don’t even realise”

But at the same time, many patients in their 50s have a fear of developing dementia. They come into her office saying that they cannot remember people’s names for instance. But quite often they are just people who are living very busy lives, such as “working women who are trying to multitask, have a job, take the kids to school” and more. She says that this is simply a result of overloading their brain. “It’s not because they are going to get dementia. But people do start to worry.” 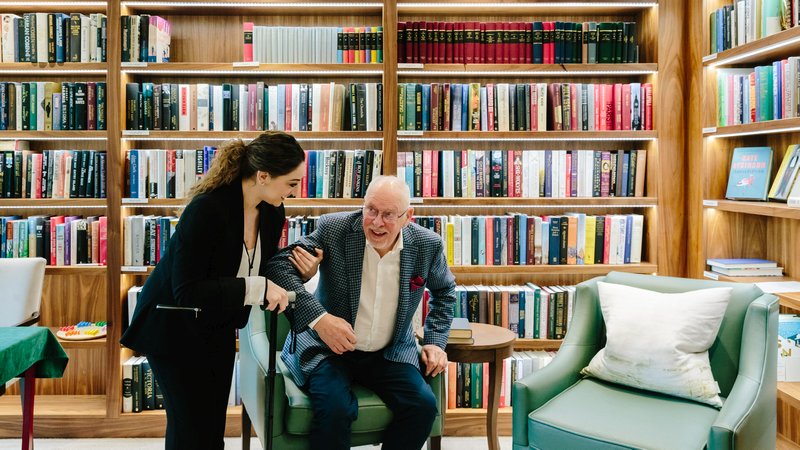 There are multiple care options available. Depending on how far the dementia has progressed, people could either remain in their own home or be moved to a care home. If they can still get up, wash and dress themselves in the morning, they can stay in their home environment. “They may not need carers if they have a spouse or someone to look after them.” But if they are wandering or being aggressive, then they should be placed into a “home that specialises in dementia”, not just any care home.

She believes that care homes should only be considered as a last resort because “it’s very disorientating” for dementia patients to be placed into care homes. “They can’t remember what they had for breakfast and they can’t understand why they’ve been put into this place.” It is more beneficial for them to stay within their community. Only if “they are so far down the road of dementia, that they don’t know anybody and it’s too difficult for people to care for them at home” should they be placed in a dementia care home.

Dr Bevan thinks that there is a balance between keeping dementia patients 100% safe in a home and keeping them 90% safe in their own home, where they will be much happier. “I would always go for that option” she stresses. “Keep them at home, get carers in, get carers for the carer.” Family members need to have a break as well.

Dementia is very disruptive, especially if the person with dementia is not sleeping very well, they are up several times at night or wander around. “They don’t even know the difference between day and night. One carer can’t do 24/7 at the end of the day”, says Dr Bevan.

There are a lot of illnesses that people may suffer from when they reach an old age. “And on top of that they may get dementia.” But that does not mean that if “you get dementia at 75, you will be dead by 80. You may still be alive.” Dr Bevan thinks that with the good medical care available these days, dementia patients can live a long time.

“Somebody with dementia who is fit and healthy at 70 may live for another 20 years with dementia.” Finally, these are some of Dr Bevan’s recommendations to prevent and slow down dementia:

All in all, it’s down to having a healthy lifestyle.