The pros and cons of being bilingual in later life

As borders of today’s society become increasingly blurred, more and more people are becoming bilingual. Our ageing population is also ever increasing, but how are these two factors related?

It is a widely known fact that learning a second language as young as possible gives you the best chance at becoming fluent as well as improving your overall development and performance at school. However, this doesn’t mean that if you haven’t put in hard yards from day one, you’ve missed the boat on benefits.

Learning a second language, no matter how late in life, can have a great impact on your health. Studies show that those who know at least one other language, regardless of fluency, have shown a delay in the onset of Alzheimer’s and other forms of dementia. They have also expressed a slowing of the natural decline in cognitive abilities such as awareness, memory and reasoning, and it has even shown to help with the recovery from stroke.

Back in 2007, a study published in the journal Neuropsychologia claimed people who are bilingual develop dementia four years later than those who speak only one language. This phenomenon has been investigated a number of times since then, most recently in 2016 and researchers from the University of Edinburgh and Nizam’s Institute of Medical Sciences in Hyderabad are now suggesting that being bilingual may delay dementia symptoms for up to five years.

“There is evidence that bilingualism makes the brain better able to withstand the damaging effects of Alzheimer’s disease by contributing to a mechanism known as ‘cognitive reserve’,” says Professor Peter Garrard, an expert in neurology at St George’s, University of London.

“The theory is that the more cognitive reserve is built up, the better the brain is able to compensate for the effects of physical damage. The damage caused by Alzheimer’s disease is progressive, so a good cognitive reserve capacity effectively delays the onset of the disease – an effect that cannot be achieved by any form of treatment currently available.”

However, there can be a downside. It has also been shown that some bilingual people can start to lose their second-language skills later in life, especially when they don’t have as many opportunities to speak their second language as they used to.

A change in circumstance can bring on this change, such as retirement. You no longer have to speak your second language at work or perhaps your children have left home. You may have developed mobility problems, and as a result, you don’t get out and about to mix with people speaking your second language frequently.

This change, whatever it may be, means you no longer have the need or opportunity to speak your second language as often as you used to.

All of these things are thought to lead to what professionals refer to as second-language attrition – that is, you simply start to forget your second language, even if it’s been your main language for many years. As a result, you revert to the language you were brought up with. 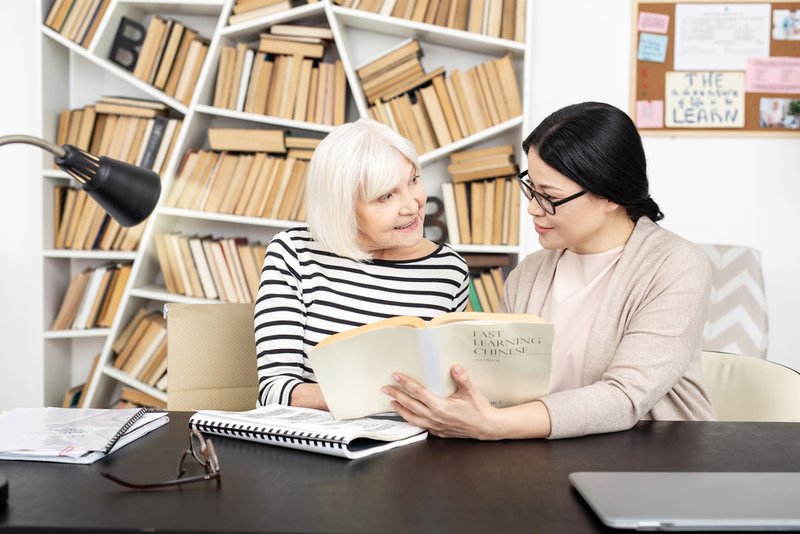 “The UK is a country with a history of positive immigration from across the globe, with 40 per cent of London’s population speaking English as a second language,” says Guardian Carers CEO Vanessa Cook.

“As we see this generation who arrived in their 20s and 30s grow older and face issues such as dementia, they will need specialist care.

“Those who may have spoken English primarily for 60 years will find their ability to communicate in English drastically diminishing as their dementia progresses. They will revert back to their mother language and become more confused and anxious when spoken to in English.”

A paper published in the Australian Social Work in 2015 highlights the problem of language reversion among culturally and linguistically diverse older people with dementia and points out that it can create challenges for family members. It suggests that community-based care services have the potential to offer invaluable support.

“Guardian Carers is able to provide specialist bilingual carers able to communicate in a language people needing care can understand, thereby making this difficult journey a little more comfortable for them and their loved ones.”

For more information on our bilingual support as well as our other services, contact 0207 183 1395.